One of the coolest web sites we have found is BikeEXIF which posts photos of a different motorcycle almost every day of the year. Some of the feature motorcycles are customized Harleys, which we try to share here on the American Iron Harley magazine on-line site, and others are classic American motorcycle features. 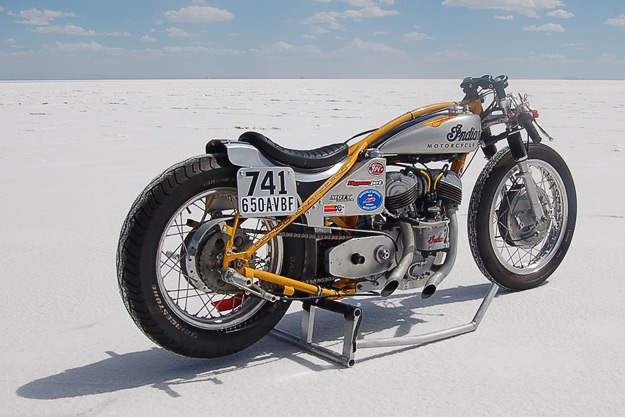 I first saw this lovely Indian several months ago, but was unable to track down any images. Then yesterday the owner of ‘Saltcracker’ contacted me out of the blue: it’s Lars Nielsen, the Danish owner of a Honda Gold Wing bobber that we featured two years ago. Lars’ Indian is a 1939 model with a ‘741’ engine, bored out from 500 to 600cc. He built this bike to run at Bonneville, in the 600cc Special Construction Vintage Supercharged Fuel class. (Yes, Saltcracker is not only supercharged, but also runs on methanol.) It’s sporting an AISIN supercharger from a small Japanese car, and a Rivera SU Eliminator carburettor. The front end is from a 90s Harley Sportster, lowered 2”, and there’s barely a part on the bike that hasn’t been heavily modified. On his first time out, Lars clocked a creditable 88 mph (142 kph). Check out Lars’ build diaries here and here for the full lowdown. 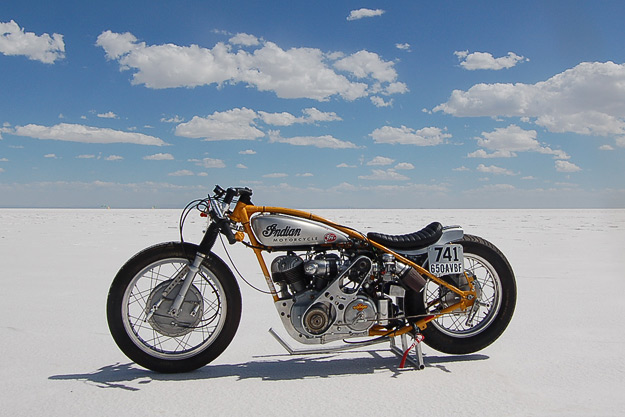 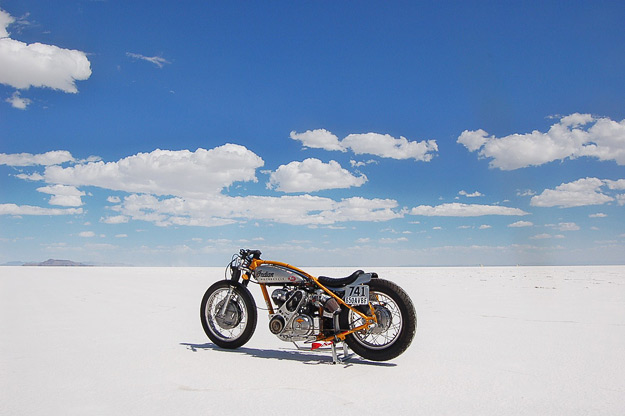 Kickstart your inbox with our weekly updates!